LYNCHBURG, Va. (WSET) — Kathy and Rob Turner thought they were cashing in on a good deal.

“I used them over the weekend for gas, a meal," Rob said. "Suddenly, Monday night, we find that the cards had been wiped out at a Target in Los Angeles, Calif.”

The Turners were not shopping in L.A. and are now out over $300.

They said they’re having a tough time getting their money back even though they were purchased at the Kroger store.

"Kroger is not going to do anything about it because they said they purchased them from a third-party vendor," Rob said.

"The prepaid card company said they are sending me paperwork to fill out, but it takes four to six weeks before there is a resolution," Kathy said.

“We've called Visa and they keep taking us back to the prepaid company," Rob said. "Very frustrating and time-consuming."

"They'll either tamper with the card by removing the security tape that covers the pin, or they'll put a sticker with a bar code that matches a card they already have in their possession," Jennings explained.

Since they have the number, Jennings said the scammer then monitors the card online and wipes out the account once it’s activated by the person who buys it.

Julie Wheeler, President of the Better Business Bureau of Western Virginia, thinks something else may have happened to the Turner's cards.

"This one sounds like wherever they activated it was hacked -- the activation site," Wheeler said. "The card information was compromised at that point in time or they were not on a secure site when they activate them."

That's why you need to be careful where you activate gift cards.

"You want to be on a secure device," Wheeler said. "You want to make sure everything is being encrypted."

There are additional steps you can take to protect yourself from gift cards that are compromised.

"A lot of times, scammers and thieves are trying to do this quickly, so they avoid detection," Jennings said. "They'll put the cards in the front part of the gift card rack. So, look for ones in the middle and definitely review them before your purchase them.”

You should especially look for any sign of tampering. The Turners thought the cards they bought were fine.

“I just ripped them open," Kathy said. "I didn't think to see is there a sticker over the barcode, you know.”

The BBB also suggests it’s safer to buy gift cards online directly from the retailer’s website instead of in the store. If you want to buy the card in-store, pay with your credit card because your credit card company may be able to help recover money lost.

The BBB also warns you to be wary of websites that offer to check your gift card's balance. These sites ask for your card's ID number and PIN or security code. Then, scammers use the information to drain the money off of your card.

Also, register your gift card. This makes it easier to protect the balance from cybercriminals.

The Turners have filed fraud claims with the third-party vendor who distributes the Visa gift card. They also filed a fraud complaint with Kroger. As they work to get their money back, the Turners hope you can learn from their misfortune.

"I just want to let everybody know as a PSA -- be careful with these gift cards," Rob said.

ABC13 also reached out to Kroger on behalf of the Turners to see if the grocery chain can help reimburse their money. Kroger released the following statement:

At "Kroger, we take criminal activity very seriously. We are committed to providing a safe, fresh and affordable experience every time a customer walks through our doors and this incident is no exception. Kroger is currently working closely with US Bank; rigorously researching the matter to fully understand the point of compromise and are in the process of refunding the customer."

Kroger said the Turners should receive their refund within 10 to 12 days. 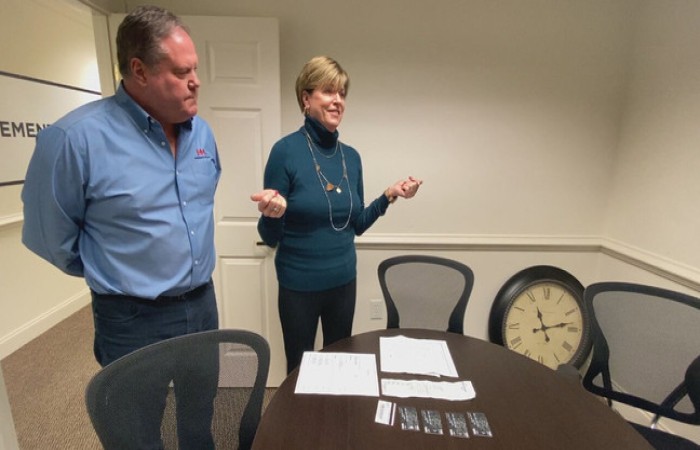 We use cookies and some other tracking technologies when you visit our website to improve your experience.